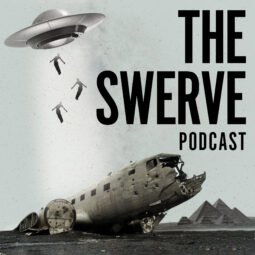 The Swerve Podcast is three random dudes on a mission to understand everything in the universe one obscure topic at a time. Biweekly we research a topic we know nothing about, focusing on listener requests. The topic is discussed on the fly over adult beverages in a manner that is simultaneously informative, humorous, and research-based. Topics typically “swerve” from mainstream perspectives and can include conspiracy theories, strange science, the paranormal, consciousness, true crime, space, UFOs, ancient/cool history, cryptids, and unexplained mysteries. Adult content, themes, and language.

Phoenix Jones is a real-life “superhero” that operated on the streets of Seattle for approximately a decade.

Jones took policing matters into his own hands after a few incidents changed his mind about how crime was being handled in Seattle.

After these incidents, Phoenix Jones began patrolling the streets to stop criminal activity in the act. Using “precision policing”, he catches people red handed then alerts the authorities.

Phoenix Jones’ efforts have resulted in over 250+ provable arrests since beginning his superhero activities.

He has been stabbed, assaulted, suffered a broken nose, black eyes, and has been shot twice.

Herein, we discuss the rise and fall of Phoenix Jones. We outline the history of the superhero movement in Seattle and outline notable arrests and events that occurred. Protect yo’ ass.