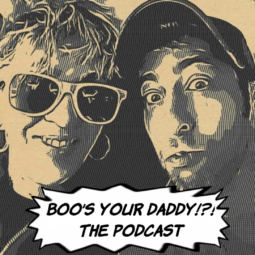 Boo’s Your Daddy?!? The Podcast

The greatest (fictional) grocery store in the south, and you’ve never hear of us! Come and check us out! This podcast will give your family the giggles!
Category: Comedy, Improv
Learn More & Listen

Tabletops & Powerbottoms is a group of idiots. Together they play tabletop role playing games and engage in aggressive make believe. Join them as they hack n' slash their way through fantasy worlds, try to keep their sanity against the horrors beyond our reasoning, and more as they experiment with a variety of roleplaying systems.

The B and S Awesome Podcast

The Bison Crest Weekly Broadcast is an improvised podcast, Think, twilight zone meets NPR inside of a radio play. Join hosts Henry Folgey and Buffalo Tom as they try to uncover a mystery of murder and betrayal in the small rural town of Bison Crest, Kansas. After a devastating and murderous Bicentennial Celebration leaving most of the town destroyed thanks to supernatural forces. Our boys have taken refuge in one of the only surviving structure left, Mayor Pistol Pete's Liquor Ranch. A drinking establishment acting as a home base. Throughout the episodes, Townsfolk and strangers alike come together to chew the fat with the boys and try to point our heroes in the right direction. Will justice be served? Find out this and much more on the Bison Crest Weekly Broadcast!
Category: Comedy Fiction, Improv, Science Fiction
Learn More & Listen 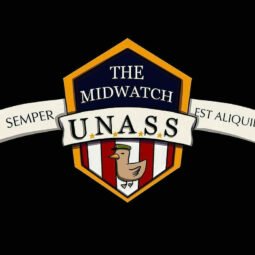 Two months after disbanding all forms of military, former rapper President Kwest, creates the United Nautical Air Solider Service (UNASS), in which select members from all branches are merged into one. Chief Master Gunny Doom and his team stand the Midwatch (2200-0200) together, telling old military stories and navigating life on board UNASS 1, The Mighty Fowl. Part tank, part ship and part aircraft, this command promises to be the only Big Stick our country needs. But with The Mighty Fowl being our only line of defense, will it be enough to bring former rivaling branch members together to stand against a new threat.
Category: Comedy, Comedy Fiction, Comedy Interviews, Improv, Science Fiction
Learn More & Listen
Show our sponsors some love!